So you are looking for the best Android Chromecast Apps? The Chromecast is a popular option and tool for video streaming from one device to another. Although it is a tiny piece of hardware, it helps you connect your TV to practically anything else in the house with a processor, including your Android phone. In case you use a Chromecast, you’ll be looking for the best Chromecast apps for Android. Apart from Google home, you can get it on another platform like Amazon Prime Video also sooner or later. Below you will find some of the best Android Chromecast apps for Video Streaming.

LocalCast is one of the options in case you are looking for casting your locally stored media. This app supports music, TV shows, movies, and images stored on your device. It can sync with Chromecast along with any other DLNA supported device. You can cast your cloud saved media as well as it supports cloud storage also. You can also cast PDF files. It is ads supported but you can donate an amount you opt for to get the ad-free version which may vary between $0.99 and $21.30.

Google Photos is one of the best cloud storage for images. Although not high in quality, you can upload all of your photos for free. This app supports Chromecast and you can place your photos up on the screen. You may also make collections in Google Photos and can use them when you’re not casting anything. This app is entirely free.

Hulu is yet another popular Chromecast app that can feature modern TV shows along with a few movies. Anime fans can also be happy. You can line up your shows on a watchlist and stream them to your TV using Chromecast. Hulu also introduced a TV service for $39.99 per month offering over 50 channels.

Netflix is one of the most popular and must-have Chromecast apps. It gets frequent updates and has been improved over the years. In Netflix, the streaming is almost flawless as long as your connection is stable. They offer a great selection and their original programming is considered on par with the best out there. You can give a try to the free trial for signing up.

Although Spotify took its time getting on the train, now it’s one of the best Chromecast apps out there. The streaming service features over 30 million tracks along with various radio stations, podcasts, video content, etc. It is the best when it comes to popularity in the streaming business. Being compatible with most devices, it costs $9.99 per month. You can also opt for the $14.99 per month plan that supports up to six people. Google Play Music is also an excellent music streaming service with Chromecast support.

One of the best podcast apps that also deals with Chromecast support, Podcast Addict’s UI is kind of basic, however, it otherwise is able to do everything that a podcast player is capable of doing. 1 million+ download can be done on this app with search and follow. This app also works with live streams, SoundCloud, radio, audiobooks, and YouTube. Chromecast functionality is perfectly operable and there were no errors while testing it. This app has no ads and is free or with a price of $4.49 for the complete version. Some of the better alternatives for Chromecast support are Doggcatcher and Pocket Casts.

A two-fer product, before HBO Now made its debut, HBO Go was an amazing way to stream some of your most favourite HBO shows on the big screen. It, however, had only a single problem with it: HBO Go needed a cable subscription to work. After some time, HBO Now was announced and people could once again enjoy movies and shows in the bigger picture.

Being a standalone streaming service such as Netflix and Hulu, HBO Now declared itself with some quite cheap premium cable packages, that allowed users to binge shows such as Game of Thrones as well as Silicon Valley without purchasing an entire cable package. Once its three-month exclusivity contract with Apple came to an end in August of 2015, it skyrocketed to its absolute peak as one of the greatest Chromecast-compatible streaming apps available out there. Anyways, if your house has a cable subscription with HBO already, HBO Go is still quite a feasibly fantastic functioning Chromecast app, as well.

Subscription services such as Netflix and Amazon Prime Instant Video are amazing in specific scenarios: as they’re all you-can-stream. There is no need for you to open up your wallet in-between seasons. As a certain trade-off, however, you can’t really enjoy the latest shows as well as movies at your fingertips. To enjoy something like that, we would recommend the cross-platform compatible platform Google Play Movies & TV.

Utilizing your Google account can instantly let you purchase and experience anything and everything on the Play Store (imagine movies as well as TV shows from latest released blockbusters to cinephile classics) without requiring you to install the content on your mobile device. Combine that with an easier-to-understand interface as well as seamless Chromecast eligibility, and the Google Play app instantaneously becomes the perfect video service on either platform.

These are the most popular and effective Chromecast apps for your Android device if you love steaming videos or you want to enjoy your favourite anime on TV using your handset. 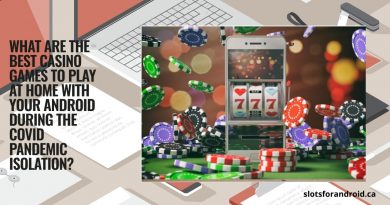 What are the best casino games to play at home with your Android? 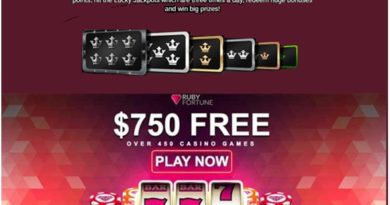 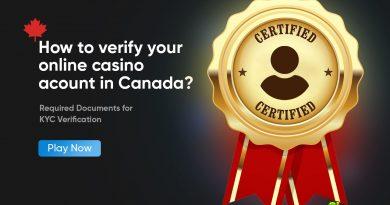 How to Verify your Online Casino Account in Canada?