Regal Riches is an awesome slot by IGT now in the video slot format available at online casinos in Canada to play. You can play Regal Riches with your Android mobile also for free or with real CAD.

What makes Regal Riches slots for Android special is its four total Progressive Wilds bonus meters, one attached to the base game and three attached to free spin games.

Regal Riches is a 30-line game on a 5×4 reel set and comes with a 75 credit bet increment. As said above there are various Progressive Wilds elements, in the game and you can see on the bet panel is highlighted heavily especially as it is connected to the free games.

There are four Progressive Wilds meters in the Regal Riches slot game, and each bet level has its own persistent state meters that remain even if a player cashes out.

The four meters are

The feature begins with the blue free-games pot, awarding 10 free games including 10 scattered wild symbols. When yellow, purple or green gems land on the fifth reel, they transform into wilds and are collected in the three progressive free game meters at the top of the screen. Two free game symbols on reels one through four, plus any coloured free games symbol on reel five, awards the corresponding Wild Free Games meter.

When the guaranteed wilds feature is about to be awarded in the Regal Riches slot, a “super anticipation” takes over the screen with graphics and sounds generating excitement.

In the free-spin feature, special gem symbols grow the number of wild symbols in Minor, Major and Mega Free Games pots. When triggered, the feature will award the corresponding number of wilds for that pot, and distribute these wilds across 10 free games in an explosion of wild placements that can result in huge wins. A multiplier is also awarded if more than one wild symbol lands in the same position.

The Guaranteed Wilds and the Progressive Wilds

Guaranteed Wilds is a base game meter that collects wilds to be awarded on a random base game in Regal Riches slot and where free games aren’t awarded and no other progressive growth of symbol appears.

The Guaranteed Wilds meter increases with each wild that appears on the reels. Between 5 and 15 wilds, each time the meter grows, the chances of the feature triggering increases. From 15 to 50 wilds, the chances remain the same at the highest level.

As there are 20 reel spaces, you cannot have more than 20 wilds. But there is a trick. Wilds can be added to the same space, amounting to a multiplier when it does. The multiplier can get as high as 5x; any line hits that go through multiple wilds with a multiplier will see their multipliers added together, so a 5x and 4x would be a 9x win for that line.

On a spin where the Guaranteed Wilds feature will trigger, the screen will visually show that the wilds will be awarded, started by showing the number, and then applying the wilds to random spaces on the reel. The reels then come to a stop and the pay is evaluated. The pays can quickly get a nice amount when you have more Guaranteed Wilds. After the feature is done, it will reset the meter to 5.

All three Progressive Wilds Free Games symbols are on reel 5 when you spin the Regal Riches slot. The meter is increased whenever one of them lands on reel 5 without two other symbols elsewhere to trigger the free games. The meter will grow based on which one lands – Minor, Major or Mega.

The free games can be triggered in one of two ways: Two free games symbols on reels 1-4 and the Minor, Major or Mega Progressive Wilds Free Games symbol on reel 5

The meter for the Progressive Wilds Free Games hits its top number. This top number is actually a Must Hit By number. The paytable words this differently than for the Guaranteed Wilds, so it does not appear the base game meter is a Must Hit By or just the free games meters. Regardless of which free games you get, you earn 10 free games. During the course of the 10 free games, the wilds must be used up. On each spin, one or more wilds can be placed.

According to the paytable all of the wilds on the meter cannot be placed on a single spin, so you can expect them to be used up over the spins. Note that it will not be uniform as some spins will get more than others. The higher the number, the more likely you will have spins with multipliers further boosting the pays. Like on the Guaranteed Wilds feature, a single space can be upgraded as high as a 5x wild.

Thus various progressives really matter in how many wilds they can yield to you at any given time, especially since as the numbers grow, the more likely the chances for some good spins in the free spins bonus. When the free games conclude, the meter will reset to its starting point for that particular progressive.

To get free games on Regal Riches slot game you have to apply the strategy as mentioned above on two-game meters. The Guaranteed Wilds, which as part of the base game as its structure are designed to occur with more frequency. For the Guaranteed Wilds feature, a higher number is of course better, and knowing that once it reaches 15 wilds it is at its most likely to hit point means the closer to that number or beyond it is, the better the chances of getting it. Finding games with higher numbers on this meter is something to watch for.

For the progressive free games, knowing how close it is to those Must hits By numbers will guide when it’s a good play. Of course, the game does not have to get to the Must Hit By number to be worth playing, but if it’s only a few of its reset numbers it’s less enticing than if it’s well on its way to the Must Hit By.

So as a player you need to just remember that these bonus features are pretty valuable. Though you don’t know as to how often or when the meters will grow on the Progressive Wilds Free Games meters, still with proper strategy you can get free games in Regal Riches slot.

You can Play Regal Riches slot on your Android at Play Now Casino Canada. 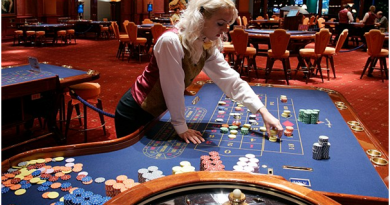 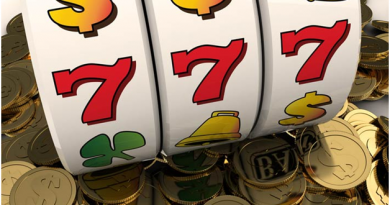 What Are The Best Hacks To Find Out A Safe And Secure Online Casino In Canada? 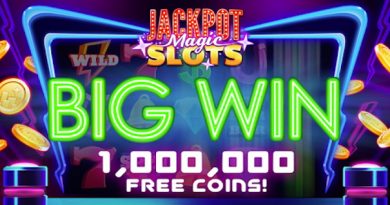