Who does not dream of winning the lottery, retiring peacefully and riding off into the sunset with their friends and loved ones? But is it that easy? For the majority of the people, it remains forever just that – a dream. In fact, the lottery in the form of gambling with the highest risk involved with the lowest level of strategy, but it remains the most popular due to the enormous, life-changing amount of money that can be won.

Which Lottery Should you Play to Win?

EuroMillions, being operated by Camelot, have the odds of winning the top prize for longer at about 116.5 million to one, making it one of the toughest lottery games to win. Whereas the possibilities of taking home the second biggest prize are much better than the respective prize in the UK game and players have about a one in 13 possibilities of winning any prize. If you want to test the waters, you can visit a top-notch lottery concierge and start playing your favourite numbers from almost any place in the world.

The UK National Lottery features various games, but Lotto is the primary one. Camelot, the company that runs the National Lottery, made significant changes to the Lotto game in 2015 which influenced the odds of winning. It added then new numbers to the draw, thus reducing the chances of winning one of the big prizes have now become slimmer.

The odds of all six matching numbers increased from 14 million to one to about one in 45 million. There is one more UK lottery that offers greater odds and if you are ready to accept much lower prices, the Health Lottery is worth playing. The top prize for matching all five numbers is in the range of £25-£100,000 as per the number of tickets, where you can even win at around one in two million.

This is a little-known Polish game offering the best jackpot odds around. Mini Lotto is the miniature of Poland’s main Lotto draw and the jackpots are not huge, which is usually around £50,000. But the odds of winning are far greater in this lottery game at one in 850,600. The most surprising fact is, it only costs 25p for a ticket, so you can say it is the cheapest lottery. Every six days a week the draws take place.

The French Loto is known to offer the best odds of winning which is 1 in 6. It is great for regular players as it is not going to cost too much money. The prizes below the top two tiers are quite paltry. The minimum jackpot is €2 million, which rolls over by another million every time it’s not won. The odds of winning this are around one in every 19 million.

Frankly speaking, the lotteries with the biggest jackpots have the longest odds of winning, which is quite understood as many people play them. So my suggestion is to stay away from the popular ones like EuroMillions, the National Lottery and the US Powerball and instead search for alternatives that offer smaller jackpots but much with higher chances of winning. 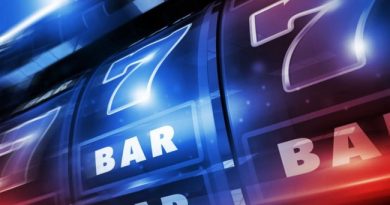 How Can I Install Pokémon GO on My Android Device?