Playing new games is exciting but if you have too many old games apps on your Android then you might be running out of memory as well as your smartphone may work too slow to load the apps. So why not delete the unwanted games from your cell phone?

Deleting any app from Android is quite easy. Actually, there are three ways you can delete apps on your device. Not all of them work on older versions of Android, while those running a more recent version of Google’s operating system can use all three. Also, know how to delete apps with Amazon Android and if you delete the app your purchased. So get started now.

1. You can delete apps in the settings

This method works for all versions of Android. First, go to the Settings menu on your device. After that, open Apps or Application manager(depending on your device), find the game app you want to delete and select it, and then just tap on the Uninstall button.

The app will be deleted from your device in a matter of seconds in most cases. Once completed, you’ll be directed back to the Apps menu, where you can repeat the process to delete more apps if you want or have to.

The second option is to delete apps you want to get rid of by visiting the Play Store. Find launch the Play Store app on your device, open the Settings, and select My apps & games. Then just navigate to the Installed section, open the app you want to delete, and tap on Uninstall.

After a few seconds, the app will be deleted from your device. If you want to get rid of more apps, just tap on the back button on your smartphone or tablet to get to the Installed section again and repeat the process.

3. Delete apps in the app drawer

This is probably the fastest and easiest way to delete apps on your smartphone or tablet, although it doesn’t work on devices running older versions of Android. Just open up the app drawer where all of your apps are located, tap and hold on to the one you want to get rid of, and drag it to the Uninstall section that you’ll see on the screen. The final step is just to tap on OK when the window asking you if you want to uninstall the app pops up.

This process also works for apps that are on your home screen, and not just those that are in the app drawer.

The Amazon’s Fire devices run a very customized version of Android. Deleting apps from a Fire device is different from other Android devices, but it’s still quite easy. The first thing you should do is tap on the Apps tab on your home screen. Then just select the Device tab, which lists all the apps that are installed on your device, press and hold on to an app you want to get rid of and choose the Remove from device option.

5. If you want to delete pre-installed apps

All Android devices come pre-installed with quite a few different apps. These can include a number of useful ones that most people don’t mind such as Gmail, YouTube, Facebook, or any game by default and so on. However, there’s also a good chance that your device will come preloaded with apps you don’t intend on using that are made by the manufacturer or your carrier. In most cases, these apps can’t be uninstalled from your device quite as easily as the ones you have downloaded yourself.

The apps that can’t be deleted are called system apps, and the only way to get rid of them is to root your device. If you’re unfamiliar with the term, rooting simply refers to the act of obtaining access to commands, system files, and folder locations that are usually locked off for the user.

Rooting could be thought of as moving from being a system user to becoming an administrator, with the additional freedom and risks that come with more control over the deeper workings of your device.

The alternative is to simply hide the system apps you don’t want to use in the app drawer if your device allows it. This won’t delete the apps, but at least they won’t clutter your app drawer.

6. What happens if you delete apps you have purchased

A lot of users are worried that if they delete apps they have purchased from the Play Store, they will have to buy them again to use them later. This, of course, will never happen. You can delete an app you have bought and then download it for free as many times you want.

If you delete an app you’ve bought, it will be tagged as “Purchased” when you search for it on the Play Store. If you want to use it again, just open it, tap on the download button, and you’re good to go. No payment is needed.

You can therefore delete the unwanted games or any other apps you want in a way that is compatible with your device and load the cell phone with new casino apps and have fun playing games of your choice.

These are a few ways in which you can delete old games apps from your Android device. 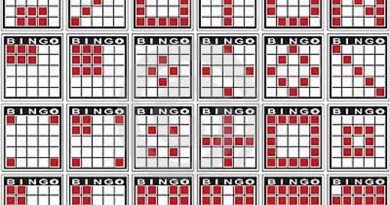 Best 4 Cheapest Cell Phone Plans in Canada to have