Below there are mentioned some of the hacks to winning the Thunderer Slot Online. From Pariplay, join Zeus in Mount Olympus to win a 5 reel slot with 243 ways to win. If you land on reel 1 with 3 special mystic balls, the almighty Zeus will expand the reels so that you are able to win in more ways.

You could land up to 20 free spins if you activate the bonus wheel or 1 of the game’s 4 jackpot prizes. With an enticing 97% RTP, below are some of the more interesting reviews about The Thunderer.

There are about 243 ways to win in this slot because the game takes place on a 5-reel, 3-row machine. You must land on the matching symbols on the adjacent reels if you want to create a winning combination. It starts from reel 1.

The special mystic ball symbols act as a golden chicken in this slot because if you fill the entire reel 1 with these you get to activate the Expanding Reel feature.

If you are in the base game, 1, 2, or 3 extra rows can be added to get expanded by the game engine. 5 extra rows are added if you get to activate these during the free spins.

You will be paid the amount shown on the mystic ball symbols instead of a standard payout calculation that can be viewed on the adjacent reels of that spin. There is a chance for you to win a jackpot prize of 20x your wager.

Nudges can be earned which in turn can be used to activate the Expanding Reel feature if you are able to Land 1 or 2 mystic balls on reel 1. This feature can be triggered even more in the free spins round than in the normal ones.

You will find a Greek man playing the lyre and two women in togas and crowns. If you land 5 on the adjacent reels, the above-mentioned 3 character symbols all pay 5 times your wager. The most rewarding symbol is the Pegasus if you land a 2, 3, 4, or 5 in combination with the symbol mentioned above you can be rewarded with 1, 2, 4, or 10 times your stake.

Bonus Features of The Thunderer

As far as The Thunderer’s bonus features are concerned, Pariplay has made things the least complex. You can also earn special bonus prizes if you are looking out to expand reels. There is also the chance of you winning free games and jackpot prizes if you activate the prize wheel.

The scatter symbols need to land on reels 3, 4, and 5 on the same spin if the player wants to have a chance to land on the Wheel feature. You earn a reward of bonus wheel spin. Depending upon the landing of the pointer you are rewarded the following rewards:

Below mentioned are the jackpot prizes:

Mini Jackpot of 50 x your stake

Minor Jackpot of 100 x your stake

Major Jackpot of 250 x your stake

The jackpot prizes can be landed via the Expanding Reels feature. Retriggers are not available since there are no scatters in playing during the free spins round.

Audio, Design, and Sounds in The Thunderer

The sounds and visuals in The Thunderer are commendable. Features like blue skies, marble buildings, flowing waterfalls, and Mount Olympus can be seen in the background. The symbols designed on the reels are gemstone-style playing cards and the 4 high-paying symbols as well which do an exceptional job of maintaining the Greek theme of the game.

The Pegasus character symbols are well-drawn and fully detailed. The comic book design of the slot makes it even more exceptional.

Due to the Greek theme of the game, there is a systematic score playing while spinning which you see by lightning cracks. However, you might want to rethink the sounds of those cracks as it won’t be too long before you would find yourself searching for the mute button when you hear the noises of those cracks when you win.

Details and Wager limits regarding The Thunderer Spirit Slot RTP

There is a very simple setup concerning The Thunderer. Apart from the fact that the mystic balls can change it, the machine during base rounds offers 5 reels and 3 rows. You can set another autoplay between 10 and 100 spins. When you activate the feature or win you can apply wins and loss limits or you can even end the autoplay.

If you want to accelerate the game, you can opt for the Turbo mode. You need to click the arrow tab above the spin button to the right of the screen to set all of this up.

It is expendable in a range varying from about 20p to £40 per spin, which is a medium to high variance slot. You have a chance to hit the frequency of 30.81% and the odds of 1000x your stake is the maximum you can gain from the Mega Jackpot. The RTP is like the icing on the cake which is around 97%. This is something that not many slots can offer.

The exceptional sounds and visual done in The Thunderer makes it a magnificent game overall.

The game does quite well on the expanding reels and free spins part of the game. The jackpots are also something that is even better. A few more modifiers would have shined up the game even more. Although, the RTP rate of 97% makes up for the flaws in the game.

The Thunderer joins the hall of fame of the ancient Greek-themed slots. It might not be a quintessential over-the-top slot but is still a playable option. Some other slots with the same theme are Age of the Gods by Playtech which has a lot to offer such as decent graphics, 4 progressive jackpots, 4 free spins features, and high payouts.

These are a few hacks to winning the Thunderer Slot Online. We hope that this will boost your winnings manyfold. 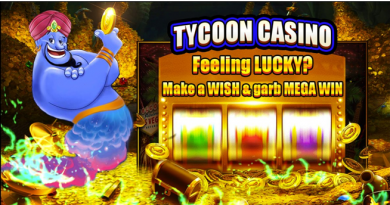 Hack to get free coins at Tycoon Casino 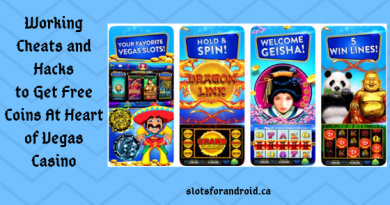 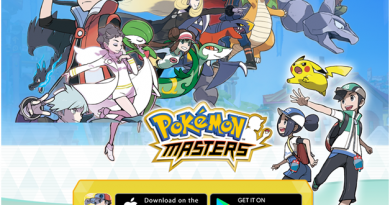 The Best Hacks to Collect All The Badges in Pokémon Masters